received Presidential Awards for their outstanding scientific research published in prestigious international journal in the year 2016. The award ceremony was held on 19th November 2018 at Taj Samudra, Colombo presided by HE Maithripala Sirisena. Professor Thirukkanesh has previously won the award four times (2008, 2009, 2014 & 2015) and Professor Ragel has won the award twice previously (2008 & 2014).

The President’s Awards for Scientific Publication gives due recognition for scientific merit, and is based on publications in prestigious international journals. These awards are given to Sri Lankan scientists with a local institutional affiliation. The criteria for the awards was elevated this year as follows: a publication in the top 15% of Science Citation Index Expanded journals, when ranked on their Impact Factor within each journal category, based on SCI categorization of journals; OR a publication in a Science Citation Index Expanded journal with an Impact Factor of 3.5 or more, in that particular year. 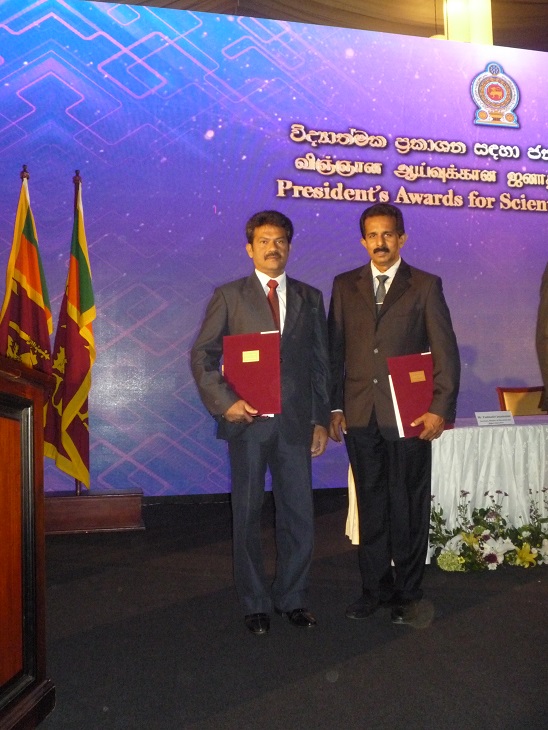